A brand new series from Kensington 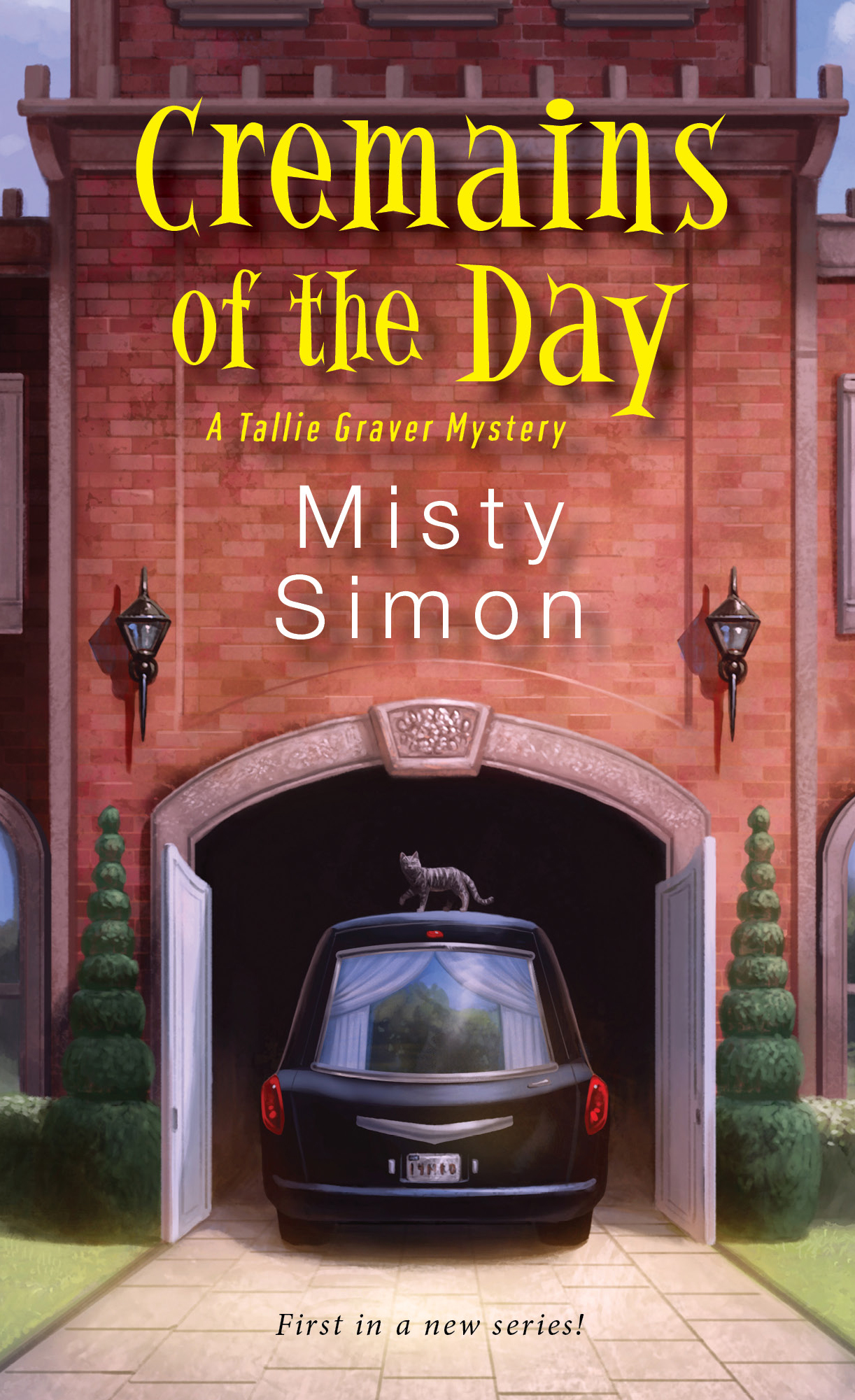 For Tallulah Graver, marrying wealthy Waldo Phillips seemed like the best way out of the family business, the Graver Funeral Home. But when her marriage falls apart and Tallie is left with next to nothing, she turns to cleaning houses to make ends meet. As humbling as it is to tidy the mansions of the snobby socialites she used to call friends, at least she doesn’t have to be around dead bodies. Until . . .

She discovers one of her employers lying in a closet with a knife sticking out of her chest. This unpleasant shock seems to be part of a web of weird experiences: Tallie’s friend Gina’s shop is broken into, her ex is stun-gunned where it hurts the most, and now she’s receiving flowers from the dead woman. Granted the deliveryman is handsome, but seriously, that’s enough to cast a pall over anyone’s day. Now Tallie needs to dig deep to clean up this mess—before she finds herself in a grave situation.

Best friends Tallie Graver and Gina Laudermilch both seem to spend a lot of time around urns. For Tallie, they’re part and parcel of the family business, Graver’s Funeral Home. Even though she’s traded ashes for dusting with her own cleaning business, she still works part-time for her folks and lives above the funeral parlor. For Gina, they’re the vessels that contain her heavenly brew at her coffee shop, Bean There, Done That. And both women are learning that owning a business can make finding time for romance challenging.

But when Gina’s new beau turns out to have a wife, who barges into the coffee shop to take him home, she can’t contain her bitterness and loudly threatens to poison his cup or boil him in vat of coffee. So when Mr. Wrong turns up dead at the bottom of a staircase inside Gina’s locked home, she finds herself at the top of the police’s suspect list. Tallie needs to sweep in to save her friend. But she’ll need to watch her step, or she may go from being a funeral home employee to becoming their next client . . .

Book Three in the Tallie Graver Series from Kensington! 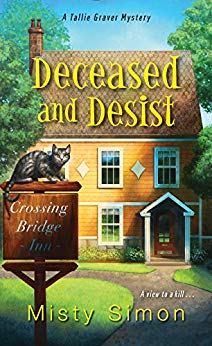 Most housecleaners don’t do windows, but Tallie Graver loves leaving a pane of glass streak-free and sparkling. After a dirty divorce from a filthy-rich jerk, she’s started her own cleaning business to make ends meet. On her latest job, prepping a renovated bed and breakfast for a grand re-opening, she’s standing outside on a ladder, wiping off a grimy pane, when she spies a man on a bed through the glass. But the B&B isn’t open for business yet—and the man’s not sleeping. Her family owns the Graver Funeral Home, so Tallie knows a corpse when she sees one.The victim is a shady building inspector with a reputation for handing out passing grades for a greased palm. With the local police resistant, Tallie launches her own investigation, before she gets a rep as a town crank. But it’s going to take more than a squirt bottle and a squeegee to clean up this mess. With the help of her gal pal Gina, Tallie searches for a killer’s motive. But she’d better be careful, or it’ll be curtains for this window cleaner . . .“An amusing new series with an engaging, spirited sleuth.” —Library Journal
Book Four in the Tallie Graver Series from Kensington!
Get it now! 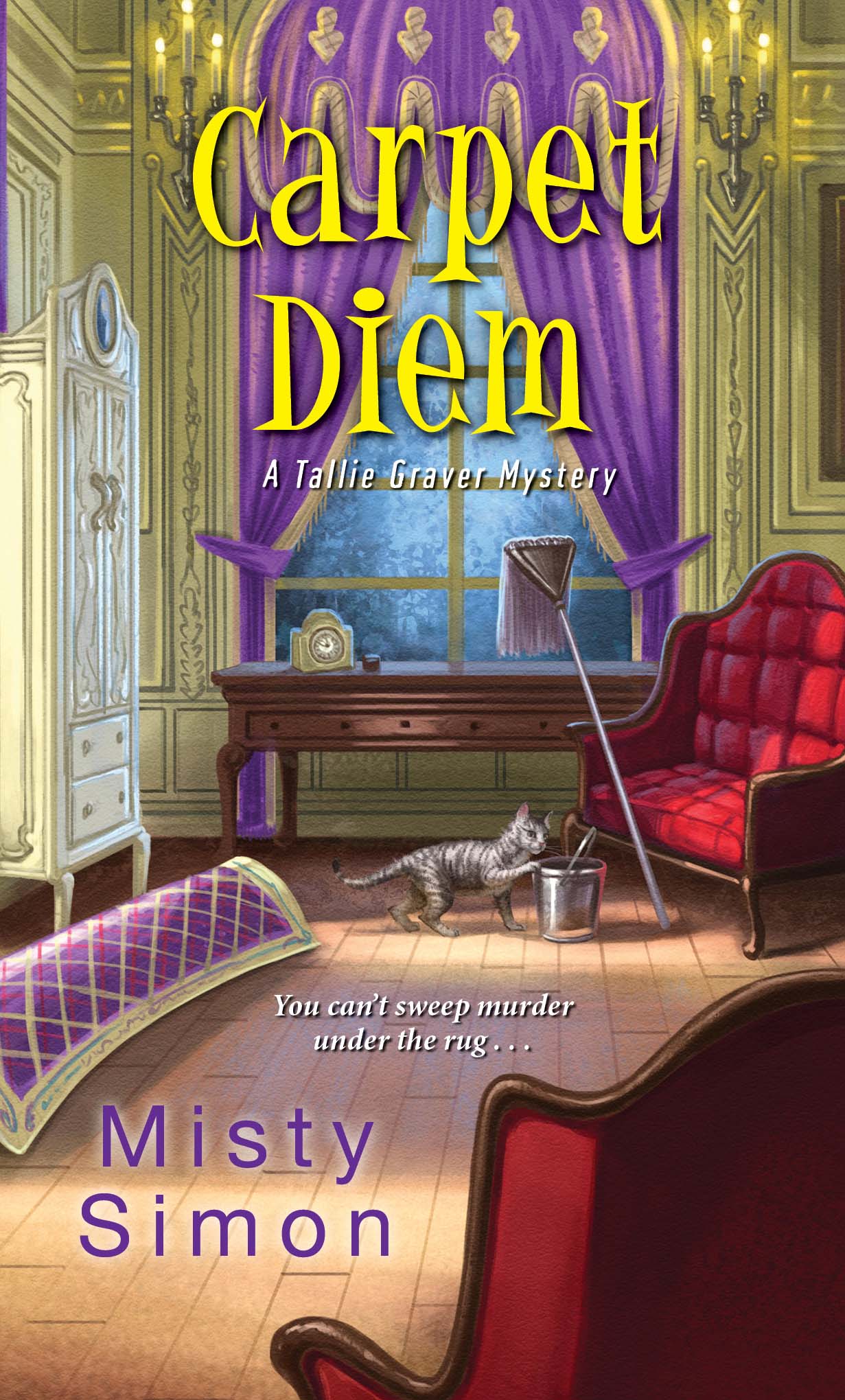 Now that Tallie Graver’s cleaning business is starting to shine, she’s ready to go squeegee to squeegee against Audra McNeal for a major contract at the Astercromb mansion. Tallie’s not afraid of a little friendly competition from the new cleaner in town. In fact, Tallie likes Audra, though she wonders how her glamorous rival manages to clean house and maintain her fancy manicure. Tallie has her rubber-gloves full staying one step ahead of her nemesis. Until she finds a well-polished hand poking out of a rolled-up carpet, rendering her competition . . . dead.

Though it lands Tallie the big job, there’s nothing tidy about Audra’s death. So
between polishing and scrubbing, Tallie’s determined to find the killer. Hopefully the police chief doesn’t mind her cluttering up his investigation with the filthy dealings she discovers. Turns out Audra was not as squeaky clean as she appeared. And confronting her killer could bring Tallie to a very foul end indeed . . .

Book Four in the Tallie Graver Series from Kensington!

This Christmas, Tallie Graver would like to take a break from running her cleaning business to be with her boyfriend, Max, and enjoy their first holiday together—alone. Instead, she’s stuck keeping her mother and grandmother from duking it out during the town’s annual Christmas Eve bingo game. As for festive spirit, she’ll have to settle for her mean-spirited Aunt Ronda, whose mouth could use some soap.

The night only gets worse after Tallie discovers Ronda’s body. It seems someone cleaned her clock with a can of varnish. While all the evidence points to Ronda’s husband, Tallie doesn’t believe her beloved Uncle Hoagie could do such a dirty deed. Of course, his sudden disappearance doesn’t help his case. If Tallie hopes to clear his name, she’ll need to dig up some dirt to locate the real killer. Otherwise, someone else could get rubbed out . . .

An Inkling of Trouble

The Next Magically Suspicious MysteriesMay 13, 2021
Book 3!

Want an autograph for E-book Editions?